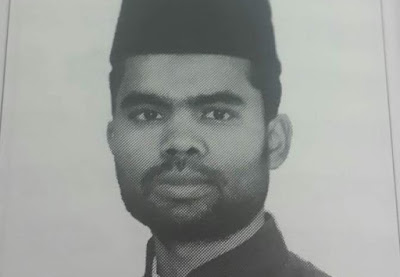 Imam Mustafizur Rahman who was attacked on May 8th

A 20-year-old man has been arrested for stabbing Imam Mostafizur Rahman outside his mosque. Speaking to reporters on Tuesday, the attacker said that he has no affiliation with any party or organization, and that he carried out the attack of his own volition. While it is encouraging that the attack was not orchestrated by a militant group, the admission raises other troubling questions.

“Lone wolf” style attacks, those planned and executed by an individual without obvious external direction or coordination, are extremely difficult to predict and to prevent, presenting a special challenge to law enforcement. Likewise, the attacker’s statement suggests that he was “self-radicalized,” rather than being recruited and influenced by an organized group. In fact, the madrassa where the attackers were registered as students expelled them following the incident, suggesting that the attacker and his two accomplices were not introduced to violent extremism there.

But “lone wolf” style attacks and “self-radicalization” do not happen in an ideological vacuum. In Bangladesh, extremist ideology – particularly that which teaches hatred of Ahmadi Muslims – is spreading. According to a report in the Dhaka Tribune:

Thousands of Ahmadiyyas have been killed in Pakistan since a campaign began in 1953 by Jamaat founder Syed Abul A’la Maudoodi, who was later sentenced to death for instigating communal attacks on them.

In Pakistan, Ahmadiyyas were banned in 1974 from calling themselves Muslims and building their mosques in the Islamic Republic. Their places of worship were shut down or desecrated by Islamists.

When extremist organizations like Jamaat-e-Islami and Hefazat-e-Islam are treated as  “moderate,” mainstream religious organizations, their messages of hatred and violence are normalized in society. Militant groups like AQIS and ISIS don’t need to have forward operating bases where recruits can be radicalized and activated to carry out attacks. As author K. Anis Ahmed wrote earlier this year, “that the authorities are even entertaining the demands of Hefazat says a lot about where Bangladesh is today.” Where that is is a place where 20-year-olds are taking it upon themselves to plan and carry out attacks on religious minorities, no ISIS needed.