Earlier this month, the Financial Action Task Force (FATF) formally announced that Pakistan will remain on its Grey List, noting it still had “serious concerns with the overall lack of progress” the government had made in addressing issues of money laundering and terror financing. In the same vein of concern that other international bodies have voiced over Pakistan’s inability to take significant action on key issues, the FATF noted that some progress had been made, noting five of the 27 action items were addressed with varying levels of progress, but that progress was insufficient.

Inability to properly address key issues continues to be a cornerstone of the Pakistani government’s contentious role in the international community. Indeed, last year the US government downgraded Pakistan to its list of “countries of particular concern” in its annual report on international religious freedom, moving the Islamic Republic a step up from its previous designation on a “special watch list” regarding religious intolerance and extremism.

Pakistan’s troubling increase in intolerance and extremism has been “of particular concern” for some time. Additionally, Pakistan’s inability to implement better protocols to end terror financing only gives further credence to the international community’s concern over state-sanctioned, widespread religious intolerance, and extremism. The Grey List extension is another example of how the international community continues to try to pressure Pakistan to take concrete steps to address its legislative and implementation shortcomings while its citizens continue to suffer.

Most recently, Pakistan has made headlines as riots broke out in Ghotki over an alleged incident of blasphemy by a school principal from a Sindhi Hindu community. Residents demanded the arrest of the principal, called for a strike, and then took to the streets to protest while wielding weapons. The protestors vandalized a Sindhi Hindu temple and damaged the school where the principal worked. As such, members of the Sindhi Hindu minority were forced to stay indoors out of fear. This kind of mob mentality points to the more significant problem of growing intolerance and vigilante justice that the government refuses to condone at best and tacitly promotes at worst.

The same tacit promotion of religious intolerance and impunity was also recently seen with the investigation of a young woman Nimrita,  who was found dead in her room at university. While the school was quick to say it was a suicide, her family suspected otherwise because she was a social activist and member of the Sindhi Hindu community. Only recently has a judicial inquiry began after pressure from the community and home department.

Pakistan’s religious minorities have been suffering at the hands of religious extremists, and the government’s inaction to quell intolerance or provide additional protections for minorities is unacceptable. The same should be said for Pakistan continuing to ignore international pressure to address other serious problems that affect its citizens as well as the global population, as is the case with terror financing.

Saghir A Shaikh, Ph.D., is an engineer and human rights advocate raising awareness about the status of Sindhis in Pakistan. Follow him on Twitter at @saghirshaikh 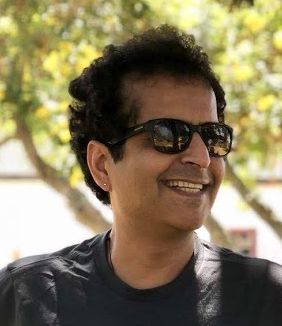