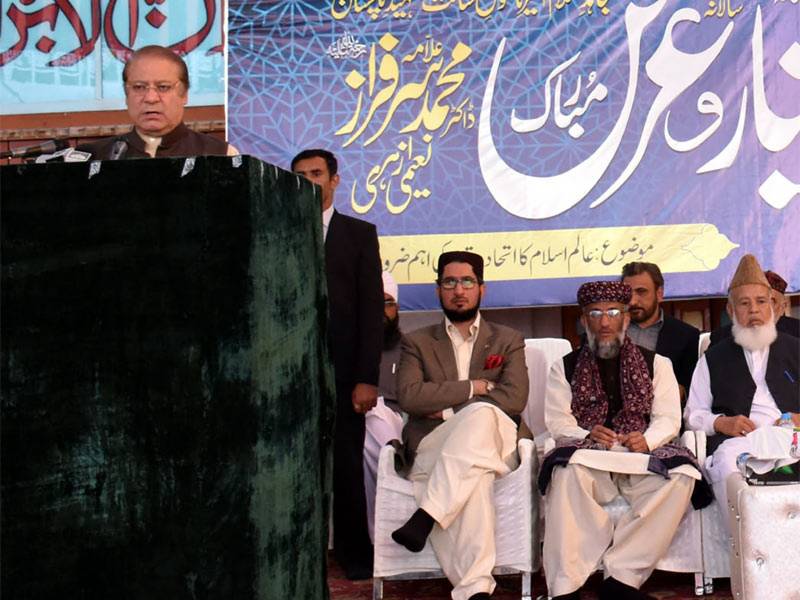 In effort to stem the spread of religious extremism, Pakistan’s Prime Minister, Nawaz Sharif, last week called on religious scholars to emphasize the “true” teachings of Islam, which he defined as peace and harmony. While Prime Minister Sharif’s message and intentions are laudable, his strategy suffers from a critical vulnerability. Religious scholars already believe they are teaching the “true” meaning of religion – especially those promoting extremist interpretations.

Islamist militant groups including the so-called “Islamic State,” al Qaeda, and the Afghan Taliban have engaged in internecine fighting over ideological and theological differences. In these instances, each side believes that its interpretation is the one and only “true” teaching of Islam. Most Muslims reject these extremist interpretations of their religion, and do not follow clerics who advocate them. Presumably, the scholars who attended the address at Jamia Naeemia already agree with the Prime Minister’s assertions. Clerics affiliated with Jamia Naeemia have been outspoken opponents of religious extremism for years. The Prime Minister was essentially preaching to the choir.

What if Prime Minister Sharif were not speaking to an audience predisposed to his views? Would it have made a difference if he had been addressing a gathering of al Qaeda or ISIS affiliated scholars? Not likely. Nawaz Sharif actually tried to “out-Islam” his critics during his tenure as Prime Minister in the 1990’s, even toying with the idea of declaring himself, “Amir-ul-Momineen” (leader of the faithful), the title historically used to refer the original Islamic Caliphs, though more recently adopted by jihadi leaders including the Taliban’s Mullah Omar. Sectarianism and extremism did not decline, it rose.

In Islam, each individual is responsible for their own religious beliefs, and there is no accommodation made for following those who “go astray” (Quran 5:105). This is not only a fundamental teaching of Islam, it is also a fundamental tenant of secularism. In a secular state, religious interpretations are the responsibility of the individual, not the state. Nawaz Sharif cannot declare what is “true” Islam any more than Abu Bakr-al Baghdadi. What he can do, is support measures that get the state out of the business of religious interpretation and return that right and responsibility to the individual citizen to be held accountable not for their personal beliefs, but their behavior towards others. It may sound ironic to some, but it is secularism – the separation of religion and state – that will allow the Prime Minister’s vision of a peaceful and harmonious Islamic Republic of Pakistan to thrive.