Published by Seth Oldmixon on December 20, 2017

On December 13, The Express Tribune, a Pakistani newspaper affiliated with The New York Times, reported on a Supreme Court case pertaining to the rights of religious minorities in Pakistan. According to the original report, “the top court has expressed its anger over the Punjab government’s failure to ensure the the presence of Hindu idols at temples,” and “observed that the authorities were violating the court’s order by not ensuring the presence of idols in the temple.” 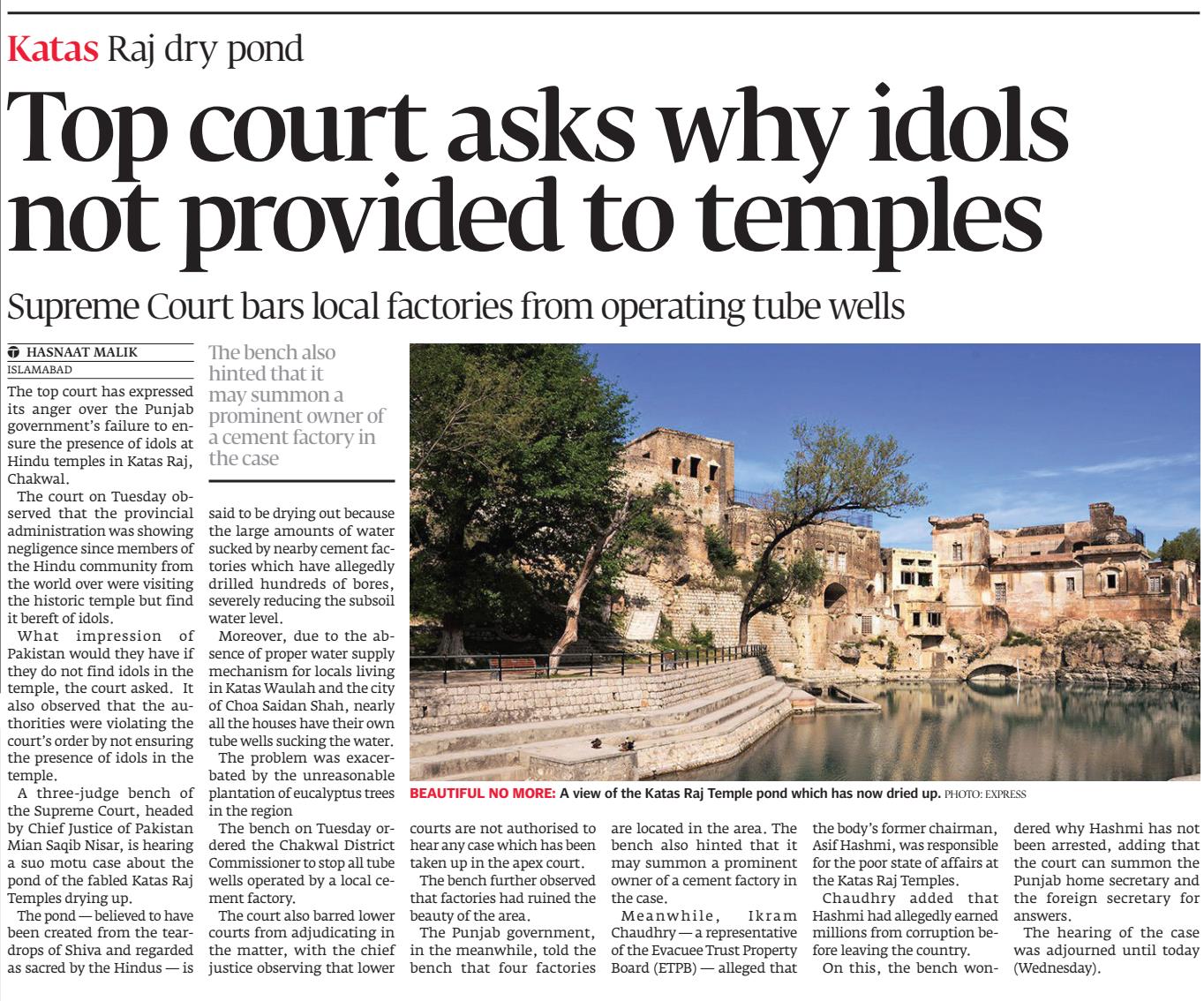 How the article originally appeared in the newspaper’s print edition.

At some point in the next 24 hours, however, the article was re-written. All reference to the Supreme Court’s concerns about the rights of Pakistan’s religious minorities were removed and replaced with the perspective of the Evacuee Trust Property Board, blaming Hindus for the removal of the idols and claiming that temples are closed to protect them.

Emails requests for clarification from both The Express Tribune’s Editor, Fahd Husain, and the article’s author, Hasnaat Malik, have not been answered.