Published by Seth Oldmixon on August 9, 2018 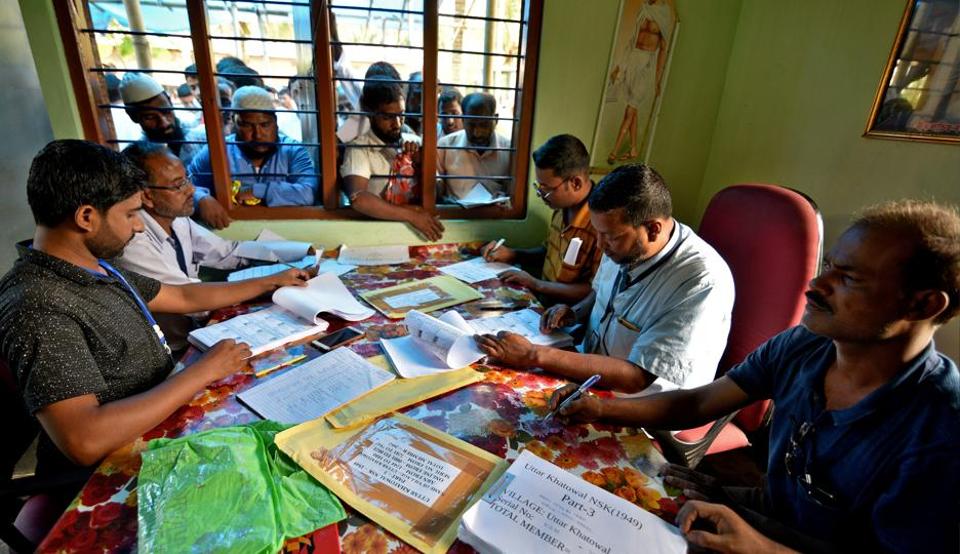 A controversial “citizen’s registry” compiled in the northeast Indian state of Assam has created a stir in South Asia over concerns that Muslims are being targeted for deportation. Critics compare the move to the ethnic cleansing in Myanmar that has left 800,000 Rohingya Muslims living in refugee camps. Indian officials reject this claim, arguing that the National Register of Citizens is a necessary means to address illegal immigration, which they say has gone unchecked for decades. While concerns about illegal immigration in Assam are not new, these concerns have long been tied to unsubstantiated conspiracy theories couched in communal rhetoric.

That Assam has experienced a population explosion is clear.

It’s also well accepted that Muslims make up a significant portion of this growth.

What’s less clear is whether this growth is being led by illegal immigration, and whether the growth of the Muslim population is at all unusual or extraordinary. Research by Dr. Kaustubh Deka, professor of political science at Dibrugarh University in Assam, calls into question claims about mass illegal immigration from Muslim majority areas. Writing about this controversy in 2014, Dr. Deka concluded that:

These difficulties of state and central governments in identifying and quantifying “illegal Bangladeshi immigrants”, when seen against the long history of Bengali-speaking Muslims migrating from what was once a part of India to another part of India, suggests that the “illegal Bangladeshi immigrant” is more a political bogey than a serious large-scale threat to India.

If there is scant statistical evidence to substantiate fears about illegal immigration, there is significant evidence that these fears are being driven by long-held communal conspiracy theories.

Recently, Indian Minister Arun Jaitley made headlines after publishing a lengthy note on Facebook arguing that illegal Muslim immigration is “compromising the sovereignty of India.” To support his argument, Jaitley cites two jurists. The first is the Supreme Court of India, which held in a case filed by the present Chief Minister of Assam, Sarbananda Sonowal vs UOI (2005). In the Court’s decision, the Justices warn of a “silent and invidious demographic invasion of Assam,” that is “turning these districts into a Muslim majority region.” The consequences of which, the Court predicts, will be “a demand for their merger with Bangladesh” driven by “rapid growth of international Islamic fundamentalism.”

Worrisome, to be sure. But this prediction was made almost 15 years ago, and there has been no evidence of it bearing out. Moreover, this prediction does not originate with the Court’s 2005 decision. In fact, it has been bandied about in official circles for nearly a century.

Writing in 1931, Census Superintendent C. S. Mullan predicted that it was “by no means improbable that in another 30 years, Sibsagar district will be the only part of Assam in which Assamese will find themselves at home.”1 A news story published by The Statesman in 1946 reported that illegal immigration in Assam “has been a trial for the provincial government since early 1918.”2 In 1964, the Indian Intelligence Bureau submitted a report which questioned the loyalty of alleged illegal Muslim immigrants; and in 1978, the Chief Election Commissioner of India predicted that by 1991, foreign nationals could constitute the majority population of Assam!3

Obviously, none of these dire predictions came to pass. So what keeps them alive? To answer that, we can turn to the other jurist quoted by Arun Jaitley: Lord Denning. To drive home his point, Jaitley quotes from Lord Denning’s book, The Due Process of Law, in which he wrote:

“In recent times England has been invaded not by enemies nor by friends but by those who see England as haven. In their own countries, there is poverty, disease and no homes. In England there is social security, a national health service and guaranteed housing. All to be had for the asking without payment and without working for it. Once here, each seeks to bring his relative to join him: so they multiply exceedingly.”

Jaitley notes that, “Ironically even Lord Denning calls it an invasion,” but he misses the real irony which is that Lord Denning was ultimately forced to resign under charges of racism by Sibghat Kadri, an Indian-origin lawyer who said Lord Denning’s comments were degrading and ”couched in terms virulent enough to destroy any remaining credibility he may have as an unbiased and impartial interpreter of the law.”

Lord Denning, like his Indian sympathizers, was less concerned about illegal immigration from a law and order perspective than from a demographic one. As he wrote in his book, What Next In the Law, Lord Denning feared that “the English are no longer a homogeneous race.”

”They are white and black, colored and brown,” the 83-year-old judge wrote. ”Some of them come from countries where bribery and graft are accepted and where stealing is a virtue so long as you are not found out. They no longer share the same code of morals or religious beliefs.”

This ethno-centric paranoia is what drives attacks against Sikhs, Hindus, and other religious minorities in the United States, and is too often echoed in Indian political rhetoric as well, where conspiracy theories about a secret Muslim plan to outpace India’s Hindu population abound. But these conspiracy theories are driven by fear and hate, not facts. There are already over 180 million Muslims living in India, and even with a higher rate of population growth, Muslims are not projected to overtake India’s Hindu population, which numbers over a billion.

Illegal immigration is, of course, a legitimate security concern for any state. But recent arrests of Bangladeshi-origin Islamist militants took place in Bengaluru and Kolkata – not Assam. Security concerns in Assam have tended to involve indigenous groups like the National Socialist Council of Nagaland and the National Democratic Front of Bodoland.

But fears about illegal immigration in Assam appear to have less to do with concrete security concerns than they do the promotion of anti-Muslim conspiracy theories and irrational fears about the loss of Hindu hegemony. To revisit the words of Dr. Kaustubh Deka, fear of “the ‘illegal Bangladeshi immigrant’ is more a political bogey than a serious large-scale threat to India.” Of much greater threat, however, is the spread of communal conspiracy theories that divide the population and sow fear, mistrust, and hate among India’s citizens.